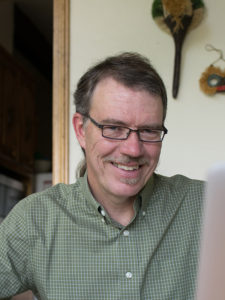 Birds are my expertise, my vocation and avocation. I study wild birds to understand how and why they respond to environmental change as well as why they live their lives in the ways they do.

Some honors and awards:

I am studying potential physiological mechanisms to explain the loss of bird species from Barro Colorado Island, Panama. 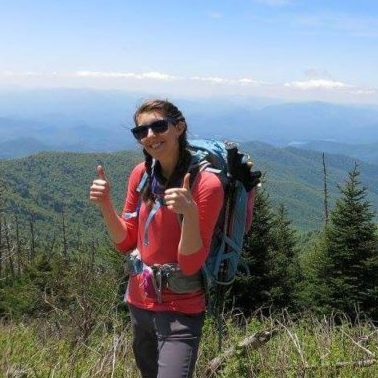 I am pursuing a Professional Science Masters. Earning my degree through the distance learning program has been an incredible journey! Currently I am working on my capstone project involving bat conservation and rehabilitation center data. In my free time I enjoy birding, hiking, and backpacking with my husband.

I am looking at how avian functional diversity and ecosystem services change across geographical space. I’ll be using the Oregon 2020 data as well as other bird data and GIS information to create predictive models.

I am seeking a Masters of Wildlife Science. My research interests include population dynamics and conservation. I am studying how and why songbirds mob, as well as movements and behavior of Northern Pygmy-Owls. 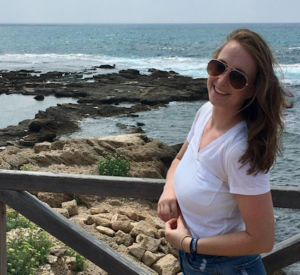 I am pursuing a Professional Science Masters in fisheries and wildlife. I live on the East Coast and survey and monitor shorebirds and other migratory species. This has spurred my interest in studying shorebirds and how humans directly and indirectly affect their populations. 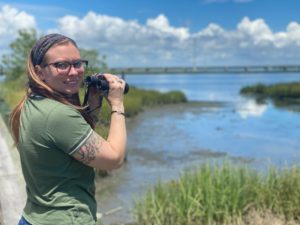 I am a PSM student in South Carolina and I will be studying the dynamics of Purple Martins at their late summer roosts.

My PSM project is focused on the life history of dart poison frogs.

I am working on a graduate certificate project focused on creating web cams to stream images of Peregrine Falcons at nesting sites in North Carolina.

I am a new PSM student living in Hong Kong. I will be working on aspect of the bird-trade markets in southeast Asia.

I will be developing a community science project in the Corvallis area aimed at initiating an off-road breeding bird survey. The methods are identical to the National Breeding Bird Survey but we count birds along hiking trails at 300-m intervals instead roadside stops every 0.5-mile. The Corvallis birding community is helping design, set up, and conduct the project.

Caleb is working on Red Crossbill types in Oregon. Not a lot of documentation of the annual and seasonal variation in distribution of call types has been accomplished out West. Caleb is gathering new data, learning how to type recordings, and working with some of Doug’s historical data to understand crossbills better. Caleb received the Robinson Ornithology Fellowship in 2021.

50 years ago, Stan Anderson, an OSU graduate student, surveyed birds in the McDonald Forest. Nolan and I are re-surveying those communities to learn what has changed and what has stayed the same. Nolan received the Robinson Ornithology Fellowship in 2021. 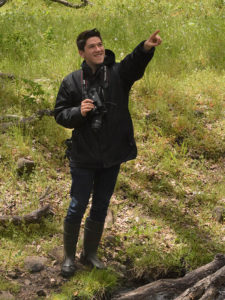 I compared the abundance and distribution of Yellow-rumped Warbler Setophaga coronata subspecies in western Oregon using a ten-year data set collected by Dr. Robinson. I analyzed differences between seasonal migration times and proportional representation of the two subspecies. I was part of the Oregon 2020 project. In addition to being President of the OSU Bird Nerds, I was webmaster and historian for the OSU chapters of SACNAS and MANRRS, and the 2018 Undergraduate Teaching Fellow for Systematics of Birds. I now work for Hart Mountain Refuge. 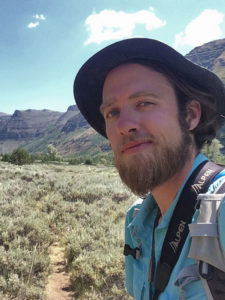 I was involved with various projects in the Robinson Lab after transferring to the Department of Fisheries and Wildlife at Oregon State University as an undergraduate in 2015. I worked both as a data technician and avian point count technician for the Oregon 2020 Project. I assisted in the instruction of FW312 Systematics of Birds as an Undergraduate Teaching Fellow in 2016 and helped coordinate the involvement of students in audio-playback owl surveys and Christmas Bird Counts in the Willamette Valley. As a graduate student now in the Integrative Biology department, my current role working with Dr. Robinson involves the exploration of the mechanisms behind the Patagonia Picnic Table Effect (PPTE).  The PPTE is birder-speak for an increase in detection of rarities following the report of an initial rarity in a specific geographic location. We use eBird data to learn how observer effort changes following the detection of a rare bird.  I am now a doctoral student at OSU in Rebecca Terry’s lab.

I worked in the OSU bird collection to create a current inventory of the more than 9,000 specimens. She served as the Fall 2017 Undergraduate Teaching Fellow in Systematics of Birds, and helped with Oregon 2020.

Carolyn was the first recipient of the Robinson Ornithology Fellowship and was an Undergraduate Teaching Fellow.

Stephanie Caldwell, BS 2014; Stephanie wrote her Honors thesis on the effects of the field burning ban on abundances of wintering raptors in the Willamette Valley, Oregon.

Karl Fairchild, BS 2009; Karl compared birds across altitudinal zones on a tropical volcano in Costa Rica with those on Mount Saint Helens for his Honors thesis. He published an inventory of the birds in Beazell Forest near Corvallis. He went on to a Master’s at Cal State-Fullerton.

Noah Strycker, BS 2008; Noah worked on our Panama crew for our life history project and did his own analyses of egg sizes in birds. He is now associate editor of Birding magazine, has published several books, and leads tours on Arctic and Antarctic trips.He is now a graduate student at SUNY.

Vanessa Schroeder, MS, 2020; Vanessa studied interactions of grazing with sagebrush songbird demographics in eastern Oregon. She was co-advised with Jon Dinkins as the major advisor. Vanessa works in Burns, Oregon.

Talisa Garcia, Grad Certificate, 2020; Talisa developed a project to educate the public in southern California regarding alternative means for controlling rodents so poisons would be replaced in favor of natural options.

Jenna Curtis, PhD 2019; Jenna studied the dynamics of bird community change in central Panama, including Barro Colorado Island. She is now at the Cornell Laboratory of Ornithology as a member of the eBird Team.

Tyler Hallman, PhD 2018; Tyler studied effective ways to model species distributions and abundance across the Willamette Valley, Oregon, by using professional and eBirder data. He used retrospective modeling to understand how bird populations have changed in the Valley since 1850. Tyler continues in the lab working as a postdoc on the statewide modeling efforts as we conclude the Oregon 2020 project. Tyler worked for 2 more years as a postdoc developing our species distribution and abundance models. He is now a postdoc at the Swiss Ornithological Institute and continues to collaborate on projects here in Oregon.

Evan Jackson, MS 2017; Evan studied the movements of Costa Rican hummingbirds in and around small forest patches. He was co-advised by Matt Betts.

Allyson Jackson, PhD 2017; Allyson studied dynamics of mercury and songbirds along the Willamette River drainage. She was co-advised by Collin Eagles-Smith. She is now a professor at Purchase College in the SUNY system.

Noelia Volpe, MS 2014; Noelia was a Fulbright scholar from Argentina co-advised by Matt Betts. She radio-tracked Green Hermits in Costa Rica as they moved around a fragmented landscape. Her results have been published in Ecological Applications and PlosOne. She is now a PhD student in Argentina.

Adam Hadley, PhD 2013; Adam studied the interactions of hummingbirds with Heliconia in a fragmented landscape in southern Costa Rica. He was co-advised by Matt Betts and he has published his papers in Ecology, Biotropica and other outlets. He is now a professional biologist with the provincial government in New Brunswick.

Suzanne Austin, PhD 2012; Suzanne studied life histories of temperate and tropical birds, particularly relating to incubation behavior and nest attendance. After graduation she worked with Bob Ricklefs at University of Missouri-St. Louis and is now a postdoc in the Cornelius lab at OSU. She has published her work in Journal of Avian Biology and Methods in Ecology and Evolution.

Aaron Holmes, PhD 2010; Aaron studied responses of birds and small mammals to a fire chronosequence in Sheldon National Wildlife Refuge, Nevada. He is now associated with Point Blue and his own environmental consulting company. Aaron published his work in Journal of Wildlife Management and Western North American Naturalist.

Tim Lawes, MS 2009; Tim followed Pygmy Rabbits around southeastern Oregon to learn about how landscape and habitat characteristics affect their movements. He was co-advised by Bob Anthony and is now working with Dan Roby on conservation of fish-eating birds.

Ana Ibarra-Macias, PhD 2009; Ana studied movements of birds among forest patches at Palenque, Chiapas, Mexico. She earned her degree at University of Miami where she was co-advised by Mike Gaines. Ana published her work in Biological Conservation and Journal of Tropical Ecology.

Jennifer Bruce, MS 2008; Jen radio-tracked Greater Sage-Grouse during winter in central and southeastern Oregon. She is now a field technician and mom in South Carolina. Her work was published in Western North American Naturalist.

Joe Fontaine, PhD 2008; Joe studied responses of birds to habitat change after the massive Biscuit fire in southwestern Oregon. He is now a Lecturer in Perth, Australia, and published his bird work in Forest Ecology and Management.

Ghislain Rompre, PhD 2008; Ghislain got to go birding in Panama for his thesis work. He studied the factors that influence the biogeographic distribution of birds in central Panama, including environmental and human factors. He earned his degree at Laval University in Quebec and was co-advised by Andre Desrochers. Ghislain is now a big-wig at Scott’s Company in Columbus, Ohio. He published his work in Journal of Biogeography, Ecological Applications and Landscape and Urban Planning.

James Rebholz, MS 2007; James followed Greater Sage-Grouse during the breeding season in southeastern Oregon to learn how habitat features influence their reproductive success. He was co-advised by Mike Pope and is now working with the USFWS in Washington. He published his work as open-access in The Open Ornithology Journal.

Jamie (Nelson) Ratliff, MS 2007; Jamie re-introduced Mountain Quail to Steens Mountains in southeastern Oregon and followed their fates for two years. She is now working in eastern Oregon with USFS.

Ali Ainsworth, MS 2006; Ali evaluated how plant communities change after fire in Hawaii. She is a biologist in Hawaii. Her primary advisor was Boone Kauffman. She published her work in Biotropica and Plant Ecology.

Randall P. Moore, PhD 2005; Randy studied the biogeography of birds in Gatun Lake, Panama. He published his work in Ecology Letters. Randy is now doing research in Arizona, studying the rare Streaked Horned Lark in western Oregon and is a Senior Instructor at OSU.

Jeffrey A. Stratford, PhD 2005; Jeff earned his PhD from Auburn University where I was on the faculty from 1998-2002. Jeff studied the bird community in the rapidly urbanizing landscape north of Columbus, Georgia. He published his work in Urban Ecosystems and Frontiers of Ecology and Environment. He is now a professor at Wilkes University.

In addition, I have worked with a very long list of extremely helpful field technicians on my projects. Some of the most helpful “repeat offenders” are Ruby Zambrano, Betzi Perez, David Bradley, Jacobo Ortega, and Ceinwen Edwards.

Students who have fellowship support (for example, NSF and similar) for on-campus studies may apply at any time. All of my current assistantships are filled. If you are interested in a distance learning graduate degree or certificate, please see my contact page and get in touch.

If you are an undergraduate looking for research experience, feel free to contact me or catch me at my campus office. If you have heard rumors of the OSU ornithology program, The Flock, touch base with me to hear the latest.